L. Donskis named among key figures of past 30 years in Lithuania 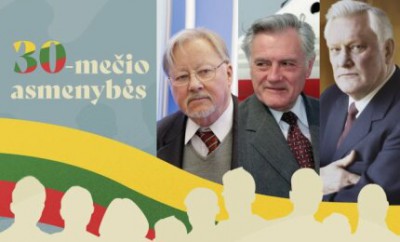 Professor Vytautas Landsbergis, chairman of the Supreme Council-Reconstituent Seimas, as well as Presidents Valdas Adamkus and Algirdas Brazauskas have been named the most prominent figures in Lithuania over the past three decades, according to a delfit.lt/Reitingai survey. Landsbergis received 412 votes, Adamkus got 403 and Brazauskas was picked by 379 people. They are followed by ex-President Dalia Grybauskaite (364), basketball players Arvydas Sabonis (310), philosopher Leonidas Donskis (289), poet Justinas Marcinkevicius (282), singer Vytautas Kernagis (260), MEP Andrius Kubilius (258) and singer Andrius Mamontovas (227).

Commissioned by the delfi.lt news website, the Reitingai magazine sent out more than one thousand questionnaires to politicians, civil servants, businessmen and journalists and asked them to pick 30, out of the provided 300 people, most prominent figures in 1990–2020 who had the biggest influence on Lithuania`s development and progress over the past 30 years. People had also the possibility to include additional names in the list if they failed to find a person they wanted to mention. All in all, 56 additional names were mentioned.