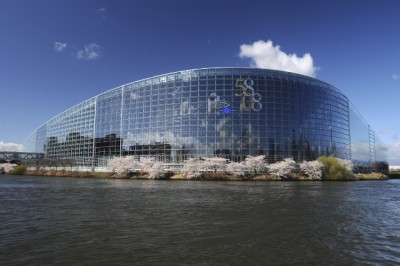 14 July 2009 appears to have been an historic date that indicated two hundred and twenty years from the beginning of the French Revolution. One would have expected a celebration of the date trying to embrace the new reality of Europe, first and foremost, its unique and historically unprecedented solidarity. One would have thought that that day marked the reconciliation of Europe, the Old and the New, to use Donald Rumsfeld’s parlance – especially in the light of the election of the Polish MEP Jerzy Buzek, the former prime minister of Poland and one of the heroes of the Solidarity movement, President of the European Parliament. A unique chance opened up to put many things behind us, including frequent clashes of the moral and political sensibilities of “two Europes,” meaning the Old Europe’s liberal and tolerant attitudes to human diversity, and the New Europe’s old-fashioned infatuations and reactive conservatism.

The 2009-2014 European Parliament seems to have been at a crossroads of the EU. The Euro crisis, the slowdown of European economies, and drastic austerity policies accompanied by difficult and noisy national debates both in EU parliaments and in the European Parliament – all these were a significant part of the European Parliament members’ life and work. Everything began with the 2009 summer of the contractions of austerity, and everything culminated with the 2014 winter of our discontent as a failure to sign the Association Agreement between the EU and Ukraine resulted in the EuroMaidan Revolution in Kiev. This metaphor is a paraphrase of the title of a famous novel. As we know, The Winter of Our Discontent is the title of John Steinbeck’s last novel published in 1961. The title is a reference to the first two lines of William Shakespeare’s Richard III: “Now is the winter of our discontent / Made glorious summer by this sun of York.”

In fact, we had the springtime of our discontent which followed the winter of our discontent, although the latter gave us hope that the world may have changed for the better. The EuroMaidan Revolution in Kiev appears to have been a genuine anti-criminal revolution which dealt a blow to the Kremlin and scared its Master. Criminalization of politics and, conversely, politicization of the criminal world was and continues to be the sword and the shield of the political system created by Vladimir Putin and his regime. Wherever they go leaving a frozen conflict and an ethnic conflict that they manufacture we see criminal gangs in power. This was the case in Transnistria, Abkhazia, and South Ossetia, and this is the case in Crimea now.

This is to say that the 2009-2014 European Parliament witnessed a major change in world politics and also in the entire system of international relations. The new world which we embraced and celebrated after the fall of the Berlin Wall is over now. The European security system is nearly finished after severe and cynical violations of international law and of the 1975 Helsinki Accords by Russia. The world we live in will never be the same. July 2009 promised us a difficult time of  the Euro crisis and austerity, yet it appears now to have been just a beautiful overture to a dramatic and gloomy opera.

In addition, the 2009-2014 European Parliament bore family resemblance to all classical and deeply conventional European and national institutions – with the Christian Democrats, Socialists, and Liberals in the lead, and with the radicals of all shades safely relegated to the margins. The 2014-2019 European Parliament is highly likely to become a different ball game, though. The 2014 elections to the European Parliament did make a difference. We cannot pretend any longer that far right voices and Euroskeptics are still a tiny minority that is easily to relegate to the margins of EU politics. The shocking victory of UKIP in the UK (27 % of votes) coupled with the triumph of Le Front National (FN) in France (one fourth of all votes). Coupled with genuine fascist parties, such as the Golden Dawn of Greece, and Jobbik of Hungary, the far right and anti-immigration parties, such as UKIP, FN, and Geert Wilders’ Party of Freedom in the Netherlands will make up quite a noisy minority of around 140 voices in the newly elected European Parliament.

These forces are not only anti-EU – they are essentially anti-European and pro-Kremlin. Suffice it to recall their praise up ton the skies for Vladimir Putin as a supposed defender of conservative, family-based, and traditional values, which allowed Nigel Farage and Marine Le Pen to close ranks with Jobbik – a miserable and disgraceful alliance, to say the least. Even more so was the moment of truth and self-exposure when Farage in one of his recent interviews went so far as to suggest that two grave mistakes made by the EU were the adoption of Euro and the accession of Eastern European countries to the EU with all their social mobility and dignity they got (not to be embarrassed anymore by Western European immigration officers with their intrusive questions and poorly concealed disdain for Eastern Europe, I would add).

All the aforementioned details may throw more light on the 2009-2014 European Parliament where I have had a privilege to serve as an MEP on behalf of Lithuania. I acted as a member of ALDE-Alliance of Liberals and Democrats for Europe, one of the most pro-European political families in the European Parliament whose members were such prominent legislators and European policy makers as Andrew Duff and Guy Verhofstadt, to name just a few. ALDE has also seen such celebrity figures of European culture and politics as the former Polish foreign minister Bronislaw Geremek, a hero of the Solidarity, and also a worldwide famous historian, and Gianni Vattimo, one of the most celebrated philosophers in Italy and Europe. I have been working with colleagues whose dedication to human rights, civil liberties, liberal values, and Europe left me fascinated and inspired.

This piece was wriiten by Leonidas Donskis on the request by the former British MEP and ALDE colleague Bill Newton Dunn, who will use the text for his 2009-2014 term European Parliament memoires volume.